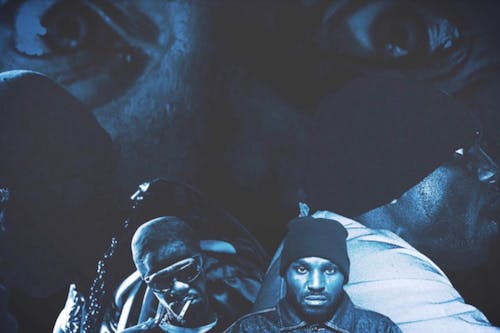 Reason Of The Siccness Tour

This performance has been postponed to a TBD date. All ticket holders will be notified once we have a new show date confirmed. All original tickets will be honored at the show and no exchange is necessary. If you would like a refund, please contact your point of purchase.

A versatile producer as well as an excellent solo rapper in his own right, Brotha Lynch Hung was born Kevin Mann in Sacramento, California. He hooked up with Master P for a 1993 EP named 24 Deep, but then went out on his own for his debut solo album, 1995's Season of da Siccness. Mann worked on production for Master P's I'm Bout It, E-40's Southwest Riders, and Mr. Serv-On's Life Insurance before turning back to his own career. Given a big push by Master P's breakout success in the middle of 1997, Brotha Lynch Hung's sophomore album, Loaded, followed in 1997. EBK4 followed in 2000 and both Blocc Movement and Virus appeared the next summer. The year 2002 was less busy, with Appearances: Book 1 being released in the spring and the Plague DVD following it that summer. His 2010 release Dinner and a Movie found him on Tech N9ne’s label, Strange Music. The concept album was followed by another, Coathanga Strangla, in 2011. Both efforts focused on the life of a serial killer.

In 1991, 16 year old Sacramento rapper Aneraé VeShaughn Brown, aka "X-Raided," began working with local producer Percy Hunter. Those initial tracks caught the attention of Sacramento legend, Triple Six Bounty, who introduced Aneraé to iconic horrorcore rapper Brotha Lynch Hung. The three of them produced songs that would become the classic albums Niggaz in Black, Nigga Deep, and Psychoactive. X-Raided went on to become a central figure in West Coast underground Hip Hop. In 1992, prior to the national debut of Psychoactive, he was arrested for and convicted of gang-related homicide. Over the course of 26 years in prison, he continually released records from behind bars. During his incarceration, he experienced a philosophical and spiritual maturity that would compel him to make a change for the better.

On May 1, 2018, X-Raided went before the California Board of Parole Hearings (BPH) and was found suitable. On Sept 4, 2018, Governor Jerry Brown notified the BPH that he would not oppose his release and he was therefore immediately eligible for parole.

X-Raided hit the streets running, recording several records, filming two music videos and generating buzz on social media. He is currently working on his debut album, The Execution of X-Raided.

Anticipation is high. X-Raided is creating a body of work that is inspirational and hard-hitting in its examination of life, loss and redemption. His release from prison heralds a return to substance and authenticity in Hip Hop.